SUMMIT ARENA AT THE MONUMENT

The Monument is a state-of-the-art replacement for the old Rushmore Civic Center Arena with plenty of space for local events like rodeos, concerts, and sporting events

The Rushmore Plaza Civic Center Arena has been re-built as “Summit Arena at The Monument” after Monument Health was awarded naming rights to the new $130 million arena. This expansion project included a brand new facility with 250,000 square feet of space. This new arena also serves as an event space with the capabilities to host a number of public and private events ranging from basketball, soccer, and hockey games, to rodeos, concerts, plays, conventions, and civic gatherings. Perkins + Will said the design of Summit arena and The Monument was meant to complement and reflect the natural beauty of the surrounding Black Hills area. Public officials had long pushed for a newer and bigger civic center, and now they will finally have one

MG McGrath worked on this project with Mortenson Construction, Skull Construction, and Perkins + Will Architects on both glass and metal panel systems for this project. On the main exterior facade of the arena, our team installed over 40,500 square feet of Centria Formawall insulated metal wall panels in Sierra, Sienna, Clay, and Midnight Bronze finishes. At the rooftop, we installed 30,000 square feet of Centria CS-260 corrugated 22ga. rainscreen panels with concealed fasteners in a smooth silver finish. The last bit of metalwork on this project included 1,825 square feet of 4mm FR core Reynobond aluminum composite metal paneling at the various trim pieces that wrapped around the facia, down the soffits, and as interior panels at a vestibule on the southwest side of the arena

Our teams glazed and installed much of the exterior glass for the arena. An Oldcastle Reliance Window Wall system was installed at the arena with Solarban 60 heat strengthened glass. This aluminum framing system has exceptional thermal performance, and Solarban’s Low-E glass adds even more energy efficiency 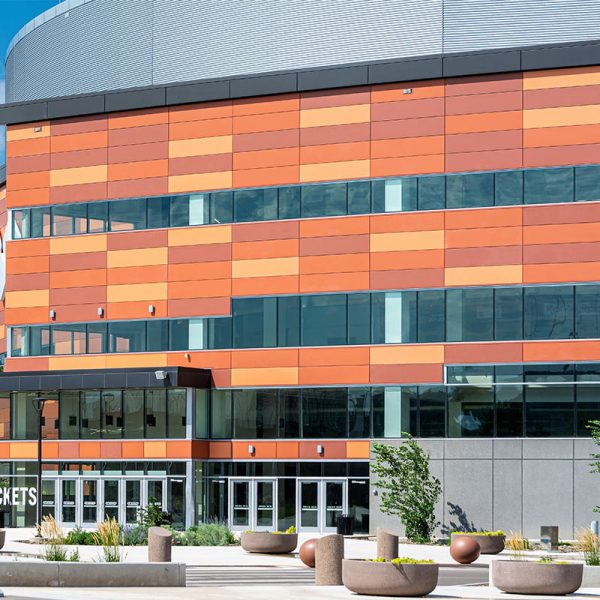 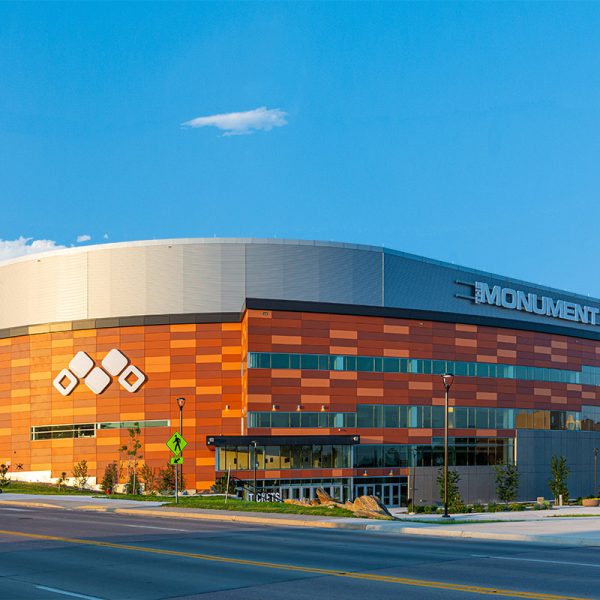 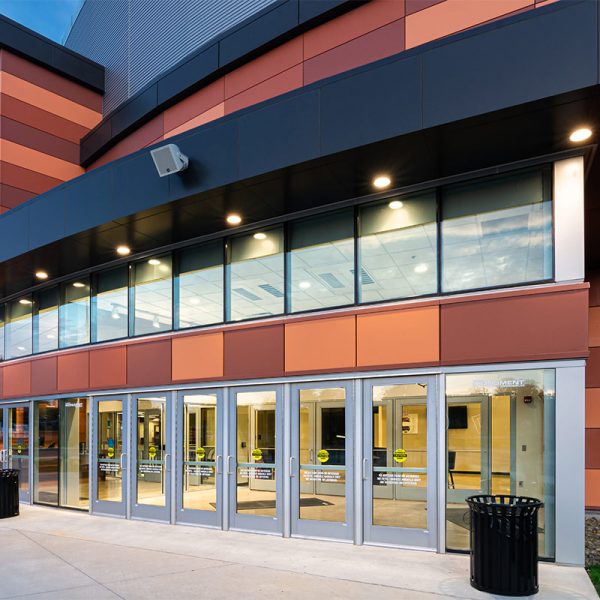 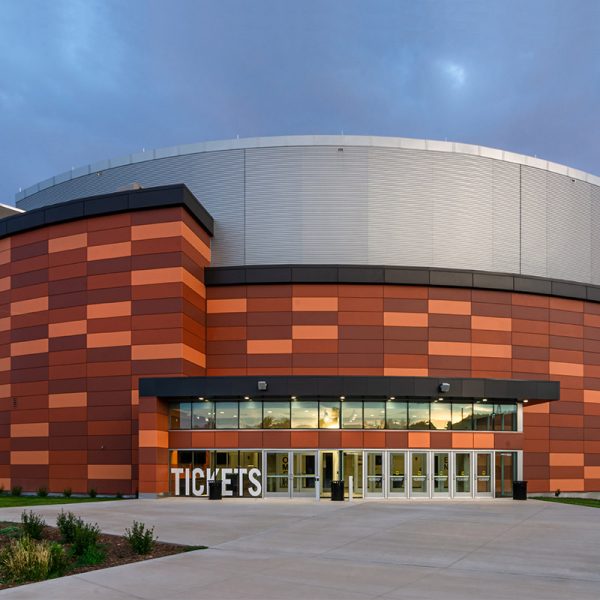 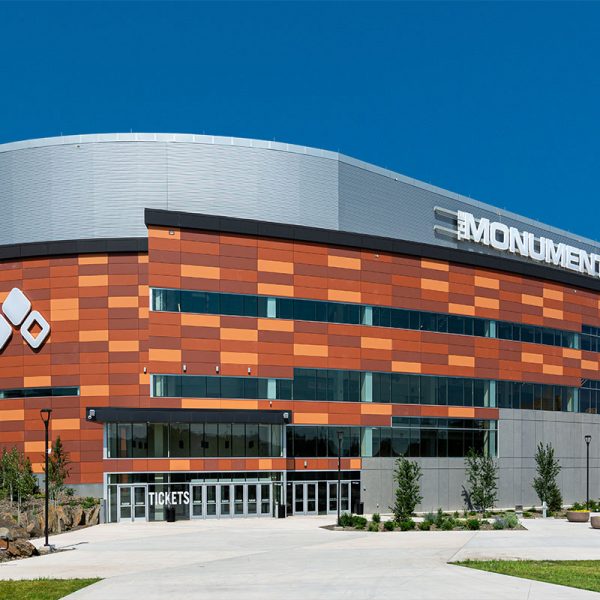 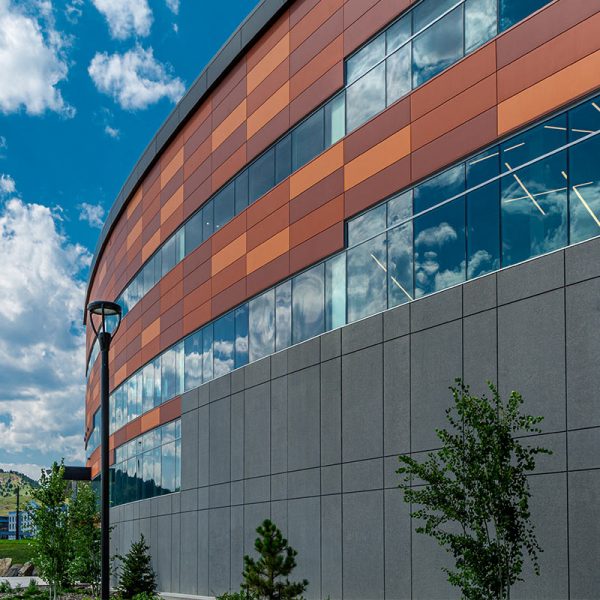 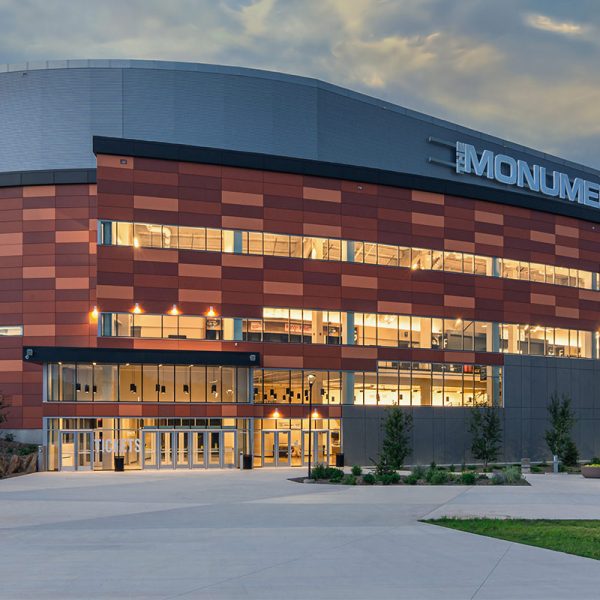 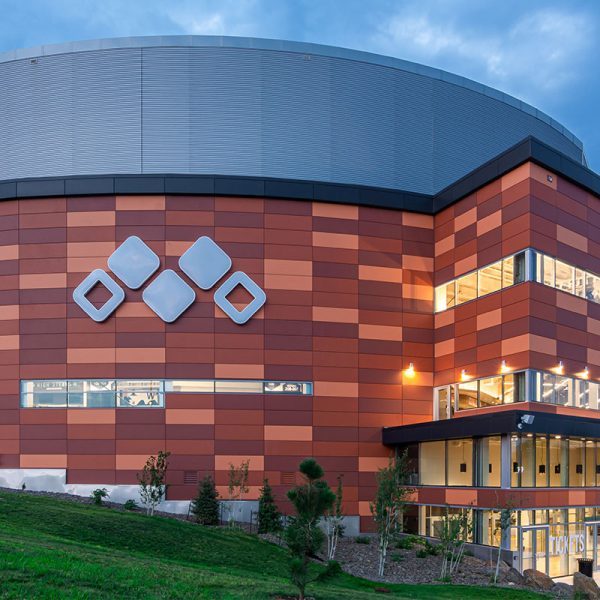 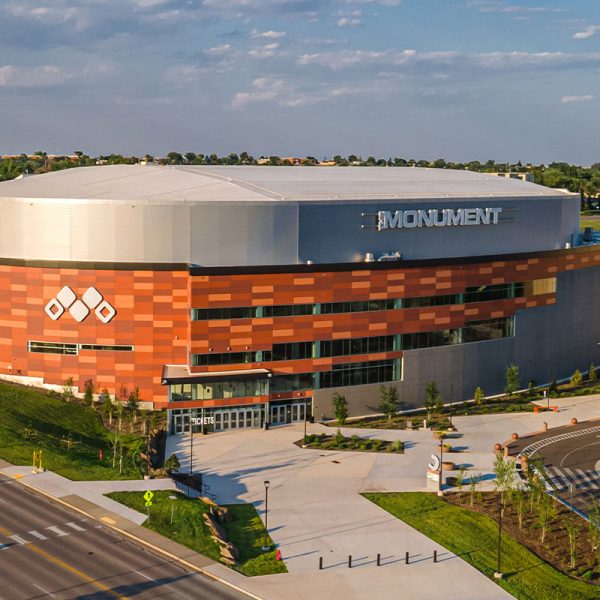 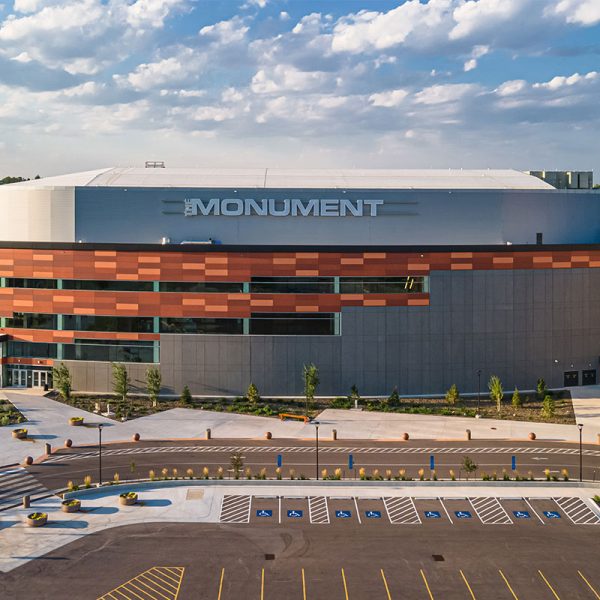 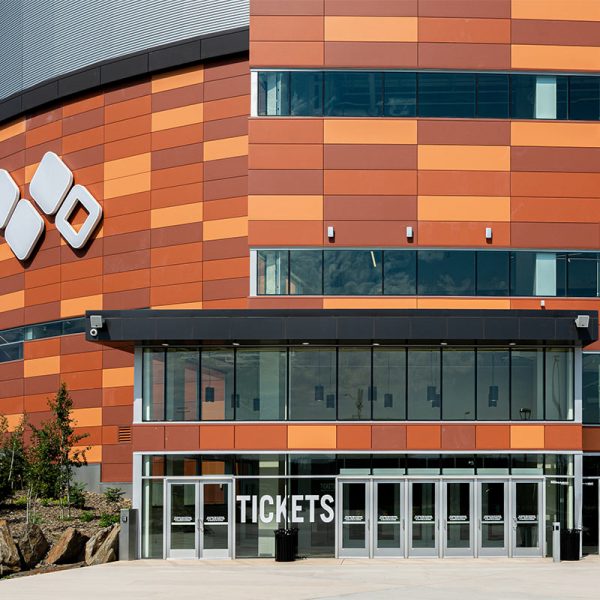 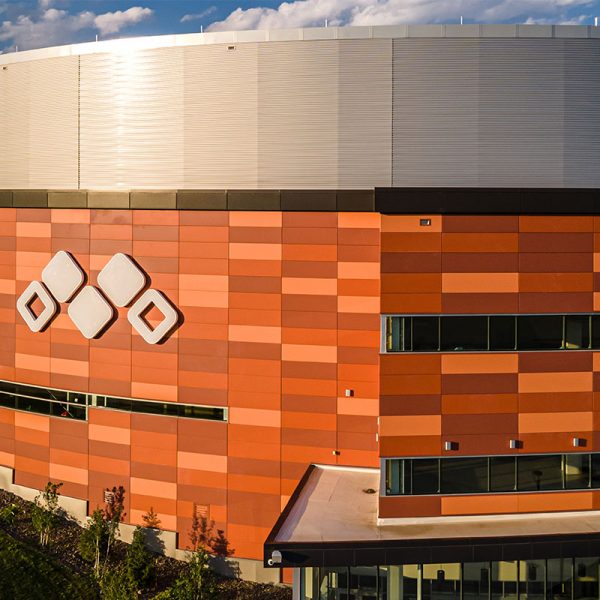