This project created an estimated 2,000 jobs with 87 percent of the subcontractors and craft workers hired within the local community 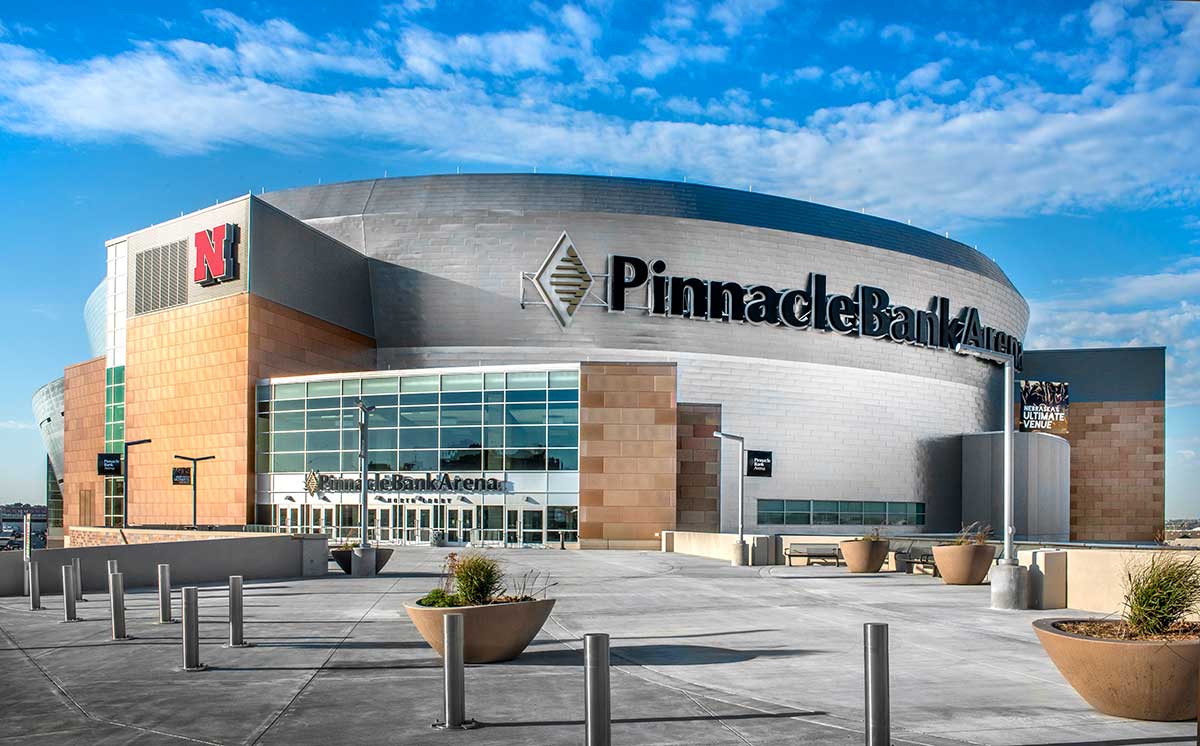 Pinnacle Bank Arena in Lincoln, Nebraska is a multi-use facility capable of seating up to 15,500 people for sporting events, concerts, family shows, ice programs, and other community activities. Owned and operated by the City of Lincoln, the Arena created an estimated 2,000 jobs throughout the duration of the project with 87 percent of the subcontractors and craft workers hired within the local community. Distributed over approximately 470,400 square feet on four concourse levels, the facility features the University of Nebraska-Lincoln men’s and women’s basketball teams as anchor tenants and provides dedicated locker rooms, training rooms, and support space for University game operations. Construction of the arena began mid-September 2011 and was delivered five weeks early and under budget in August 2013

MG McGrath fabricated and installed the entire envelope of the building except for the roof. This included 40,206 square feet of .080 Aluminum Dri Design with a copper finish, 16,000 square feet of CS 660 Centria panels with grey fluoropolymer paint, 86,000 square feet of MG McGrath H-Seam Wall Panels in a silver zalmag finish, vapor barriers, glazing packages, and 2″ Z-furring with 2″ Thermafiber insulation 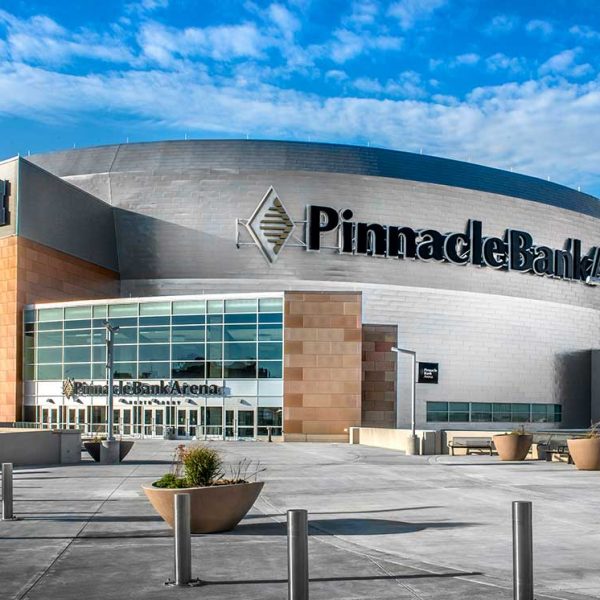 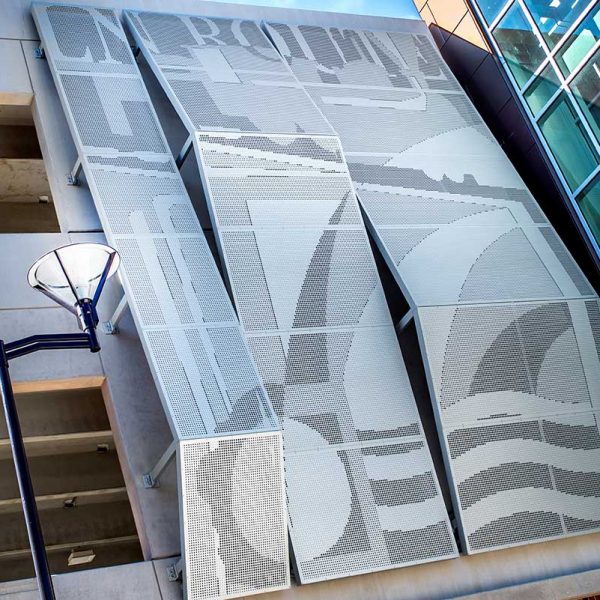 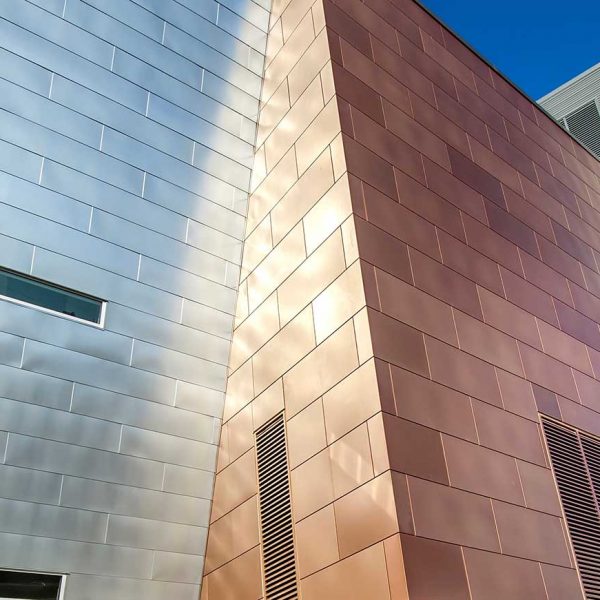 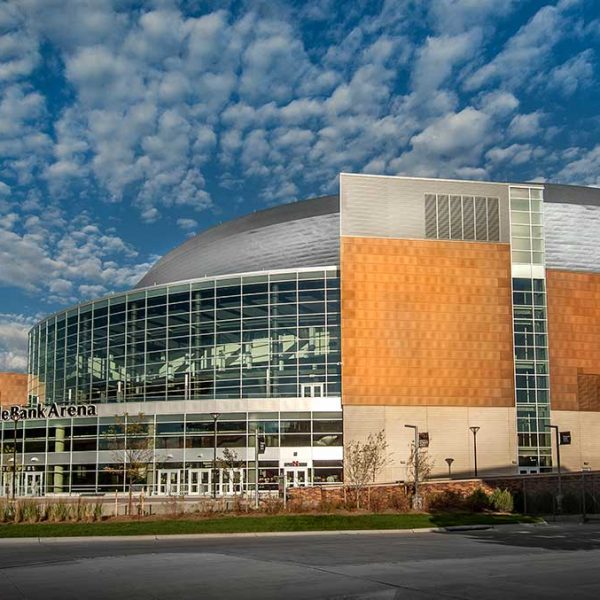 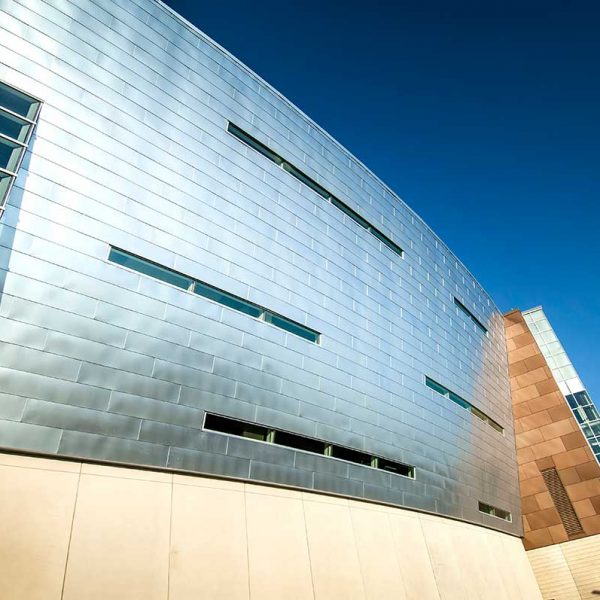 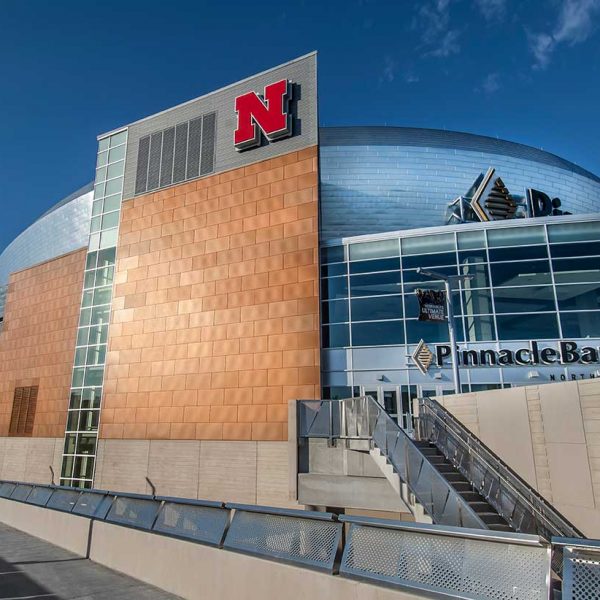