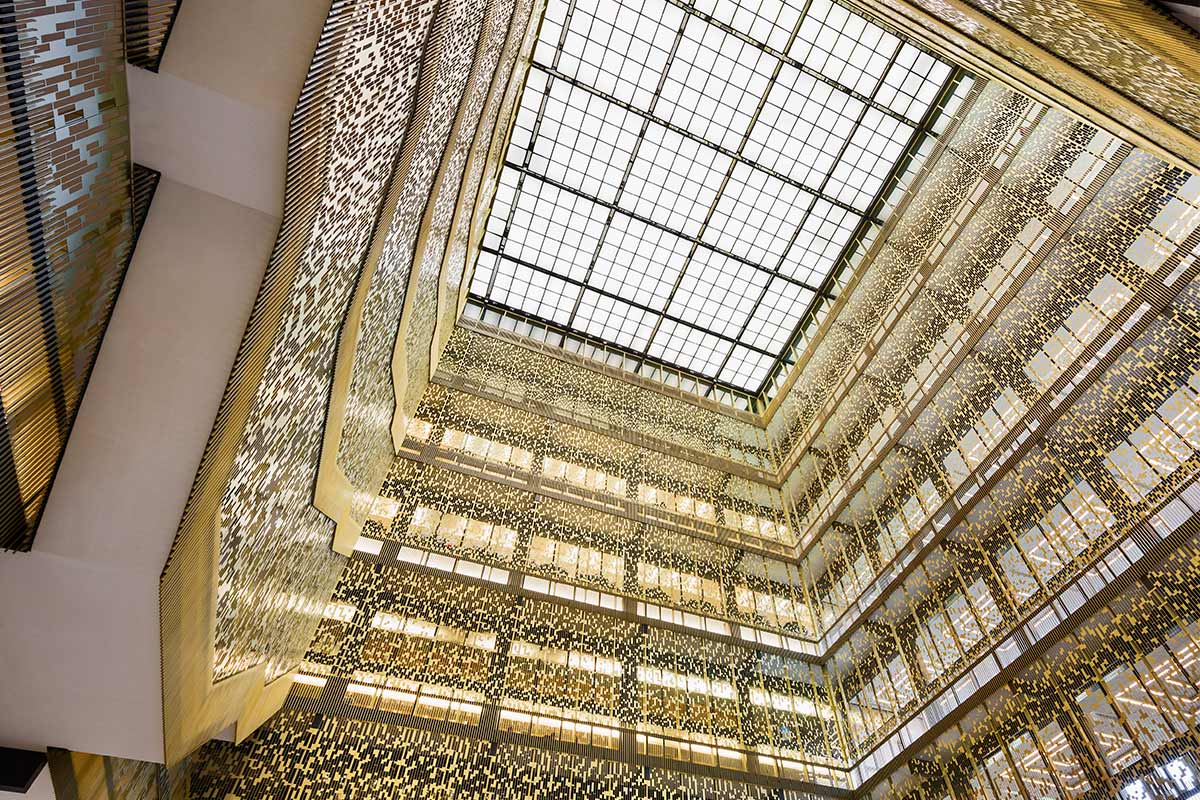 The Elmer Holmes Bobst Library is located on the New York University campus as a popular research and study space for the school’s students. Elmer Holmes Bobst was a trustee of the university and a pharmaceutical executive that gifted $6 million for the construction of the library which was named in his honor. The library was built in 1973 and features 12 stories and 425,000 square feet of space. Today the library famously houses over 4 million volumes and 40,000 linear feet of archives. NYU reports that the library sees about 10,000 visits per day. Though the NYU Library was built several decades ago, in 2012 the university unveiled plans for a new addition of perforated screens that would be both safer for library visitors and enhance the library visually. The 150 foot tall library atrium balconies are now completely enclosed on all four sides by perforated aluminum screens. The screens were designed to look like digital pixels representing the link the library provides between traditional forms of study and literature with the new technology age form The placement of the perforations appears completely random, but there are actually 39 different patterns

MG McGrath fabricated and installed 286 of these “digital tile” perforated panels on the inside vertical elevations of the library’s atrium. Each panel only weighs 150 pounds despite being 20 feet tall. Joel Sanders Architect worked with MG McGrath to design and engineer the decorative panels to make sure they did not place any structural stress on the building. The panels were cut with a waterjet and utilized a three-dimensional “direct to fabrication” process. The CATIA model created by the designers was used to directly cut the openings in the panels. The tile screens had to have perforations that were permeable enough to let in natural daylight and to also comply with ventilation requirements for cases of emergency fires. Each side has a different perforation density with the south elevation having the smallest percentage of openings, and the north elevation having the largest percentage of openings. The East and West elevations are right in the middle of the densities and are mirror images of each other. The tile screens are installed on a custom aluminum tube/mullion that is fastened to the floor below the carpet and fastened on a floating clip that is concealed in the plaster soffit so the floors can move and deflect under live loads. The project was done on a tight schedule with work only being done at night after the library had closed for the day 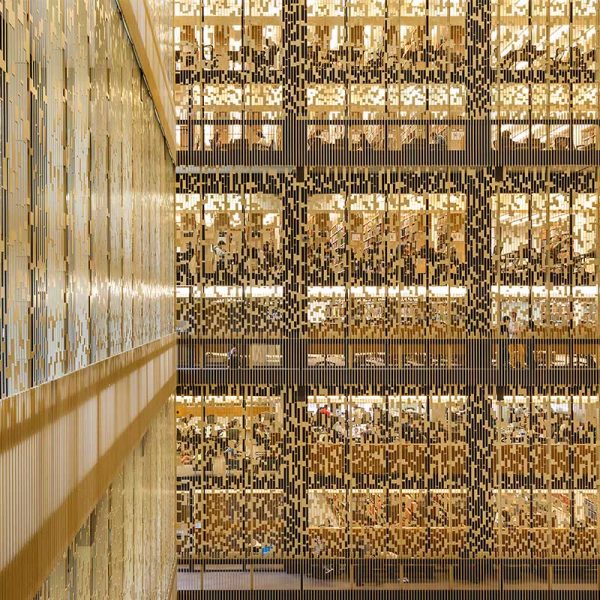 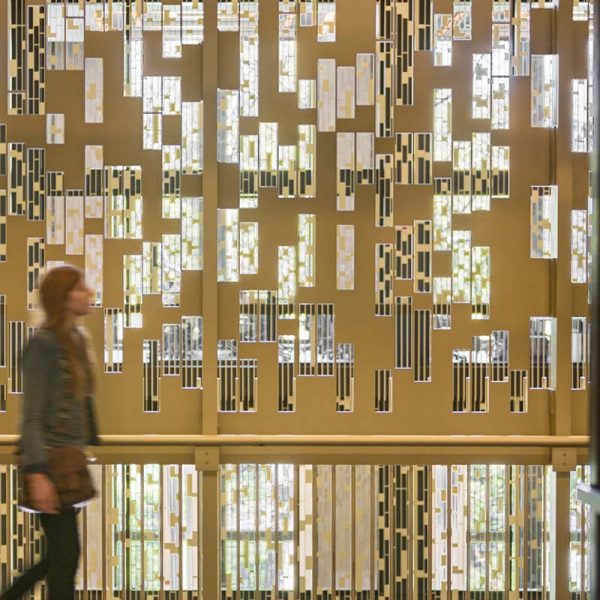 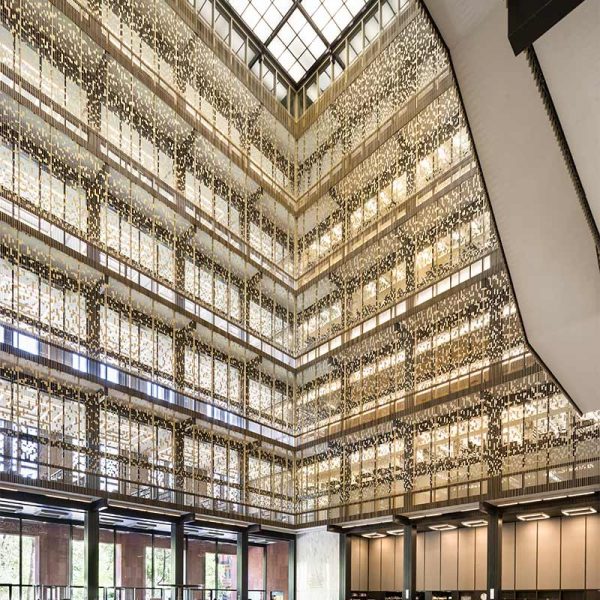 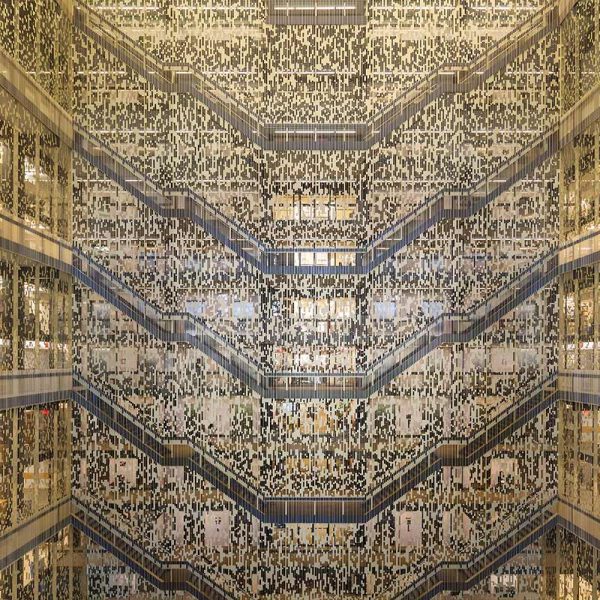 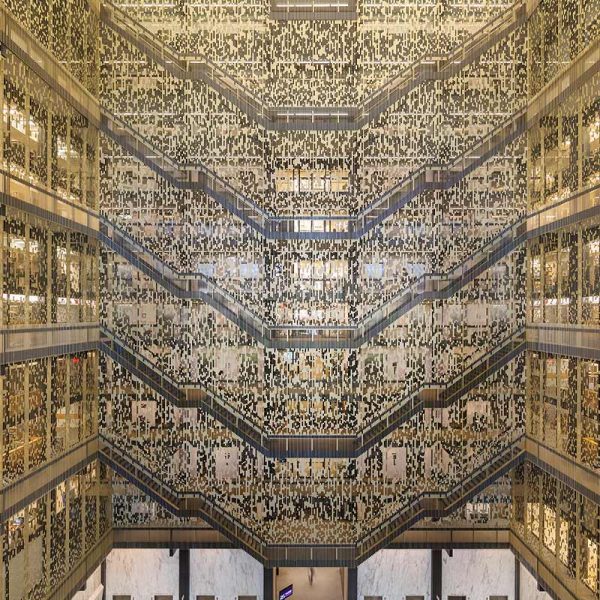 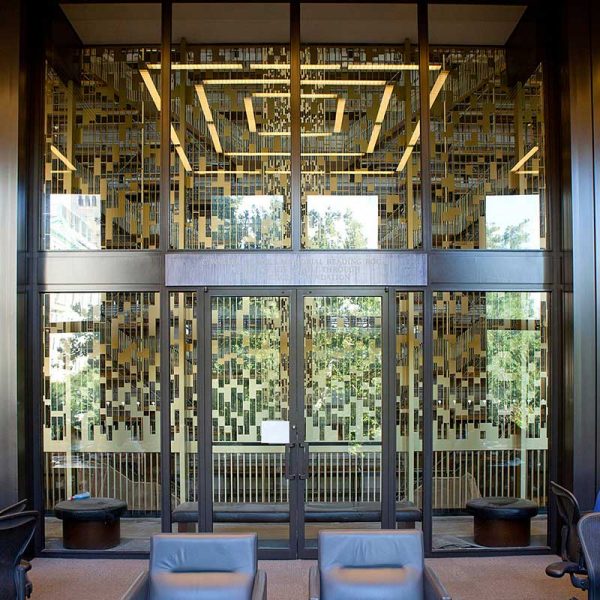 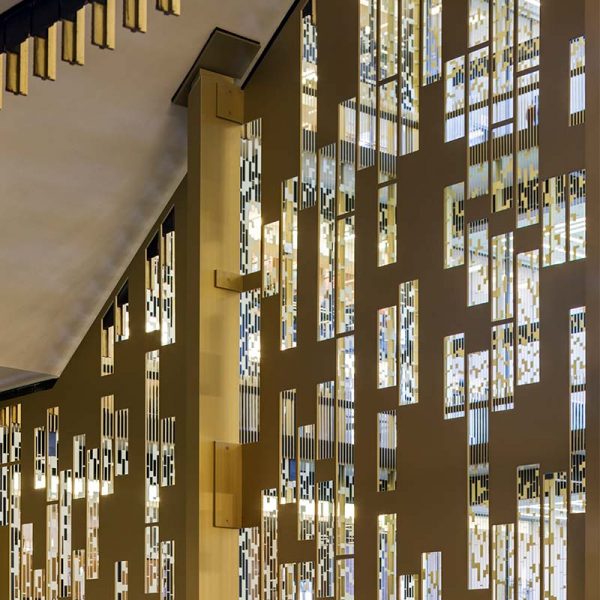 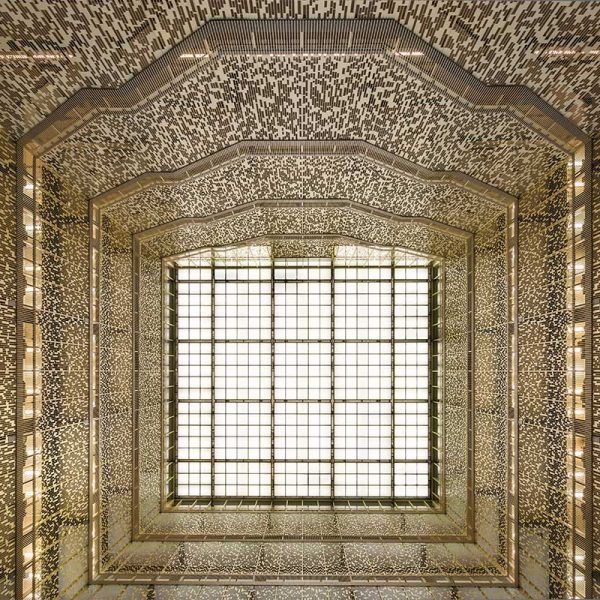 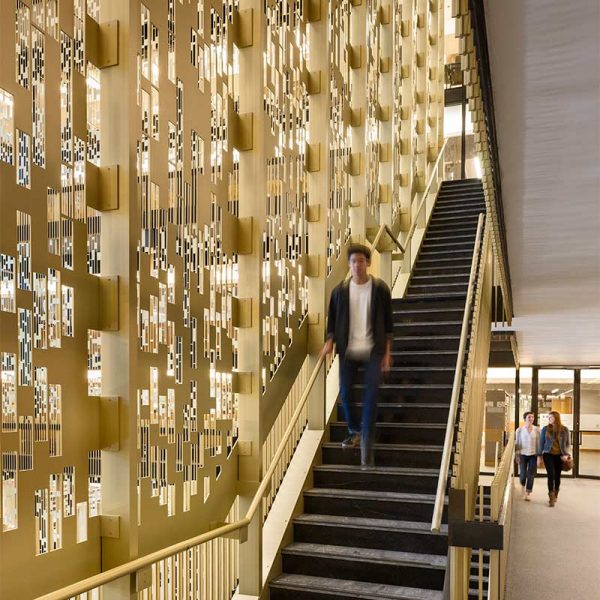